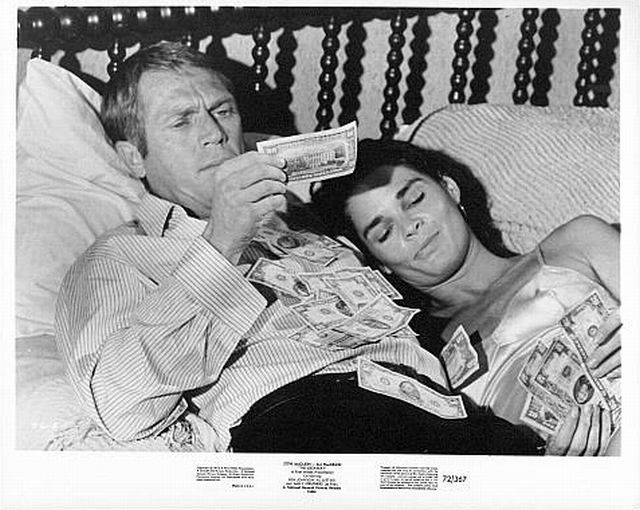 Last Saturday I went to Devoted and Disgruntled 12: What shall we do about Theatre and the Performing Arts Now in Bristol, hosted by Improbable. For the uninitiated it is an open space event – a sort of free for all conference, where attendees make up the seminar agenda when they arrive.

I’d never been to one before and it was an engaging experience to say the least. I didn’t call a session (though now I realise I should have hence the blog), but went to a broad range from ‘(How) can we teach playwrighting‘ (I had stuff to say about that); ‘Mothers who make’; ‘Can you be an artist in the evenings and weekends’; and the one that inspired this blog: ‘Come and rant at two White Male Artistic Directors’. That last one got me curious for sure.

I bumbled bee-d into it for the last 15 mins as I’d got caught up in another conversation and in fact (disappointingly) no one was ranting at these two Artistic Directors at all. This was because they were talking about things they were doing right – and differently – to most other small theatres to try an enable new theatre makers to get their work going, and their methodology was refreshing to say the least.

Although no one was ranting when I arrived at the session, I have to admit I did rant a bit.

You see, hearing about these seemingly great models of getting work on got me thinking about the way most theatres (on the London fringe at any rate) do things: in a way that is almost impossible for anyone who doesn’t have MONEY.

Let me explain: normally if you want to get your play on it’s a case of an approach to that theatre and then IF they like you and your work and want it in their building they invite you to be part of the programme.

That invitation however does not come with any funding attached. Au contraire, in order to have your work on in said theatre you need to be about to raise the cash (normally in the vicinity of £1.5/£2k per week for the theatre hire alone) to put it on there. The theatre may well help in kind, with marketing or rehearsal space if you are lucky but the onus is on you, the producer or creator,  to find at least several grand up front to secure the venue.

Then you’ve got to pay the actors, and the director, designer, stage manager, get insurance, and there’s set, props costumes and a million other things besides.

In most cases where this model exists you DO get 100% of your box office. But I’d argue this is NOT a good thing, here’s why:

1. You don’t get it until the show has closed so you have to defer paying for things, and most things you can’t defer payment for and

2. It means that the theatre doesn’t have anything at RISK by having your show on there. If there was a box office spilt (where some of the box office goes to the theatre and some to the producers instead of a hire charge) there would be more onus on the theatre to sell tickets, get bums on seats. At the moment all the risk is with the producers, so if the show is a failure the theatre can pretend it was just a hire, but if it’s a hit it’s the theatre who gets all the credit.

This is a broken system. It makes theatre exclusive – if you’re not a trustofarian how on earth can you get work on? Of course there are charities and funds and the arts council but everything is getting more and more squeezed – when I first put on a play back in the mid 2000s there were charities that could fund emerging artists – now those same charities are giving to the huge established organisations so what hope do newbies have?

What’s more the people at the top of the industry seem to be blind about this problem. Anecdotally several directors I know have been told by people who run buildings to ‘keep putting on plays and we will come and see something’. In one case the emerging director had to explain the current model to the established director who presumed box office splits were still the way things worked as they did ‘in his day’.

During my D&D rant I asked the two Artistic Directors with innovative models to go and evangelise about them to the people at the top. Because without another way forward fringe theatre – the space that is meant to be a training ground for emerging artists – will continue to get whiter and more privileged and frankly more boring and dead.

I hope they will spread the word and the people who count listen – then there might be a chance for change.

Yes it was a shit year in so many ways – but I’ve picked – not my top 3 (too hard) but top 5 cultural things: a play, two tellys, a radio drama and a concert.

In order of when they happened:

Scenes from 68* Years at the Arcola in April 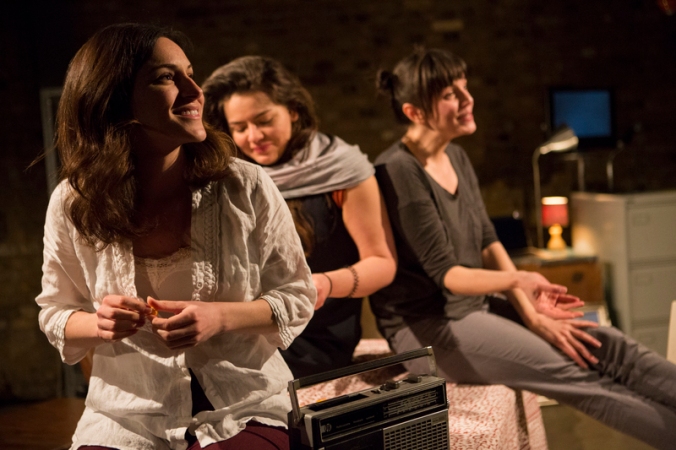 Well you didn’t think I was going to miss out my own play did you? I’m not being big headed I promise, I know the reason the production was brilliant (if you think it was and I do) was because of the amazing cast, director and crew who made my writing look 100 times better than it is. I feel so lucky to have had the perfect alchemy of that team working on it. So massive thanks to them all. And if you missed it and happen to be in Chicago in February you could go and see a reading of it there then…

Mum on BBC Two in May

This comedy was one of the best things on telly in 2016. Lesley Manville was hilarious and touching as the eponymous Mum. Go and buy it on BBC Store if you missed it and watch it all… I am going to do that just so I can see it again. And the best news ever is that it has been recommissioned for a new series.

The CBeebies Prom in August 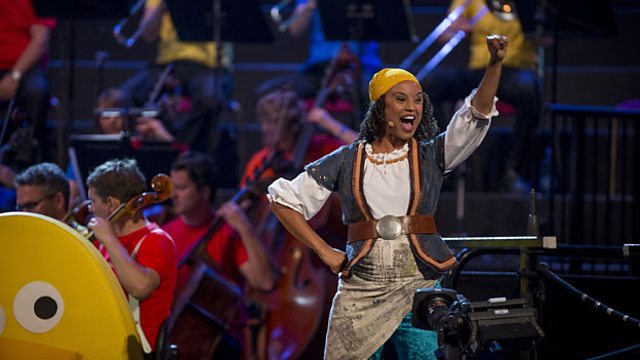 What to say about this one, I took mini me and blubbed my way through it – then wrote about why I cried more than my daughter.

Tracks on Radio 4 in September 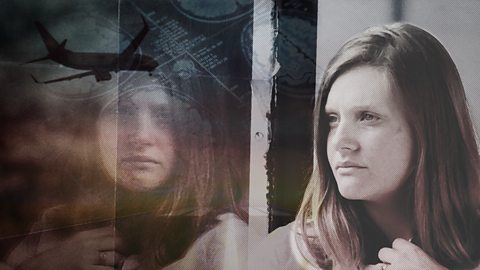 I love my radio drama. As my world is so busy and fragmented with writing and mumming and other work, being able to download and listen to dramas while I’m on the move is a life saver. Tracks was an epic nine-part twist and turn conspiracy thriller. It had epic ambition and managed to pull off televisual style car chases and the like that you don’t expect to hear on the radio. Kept me listening for nearly 7 hours. Brilliant. And it’s still downloadable if you fancy a try.

Witness for the Prosecution on BBC One in December 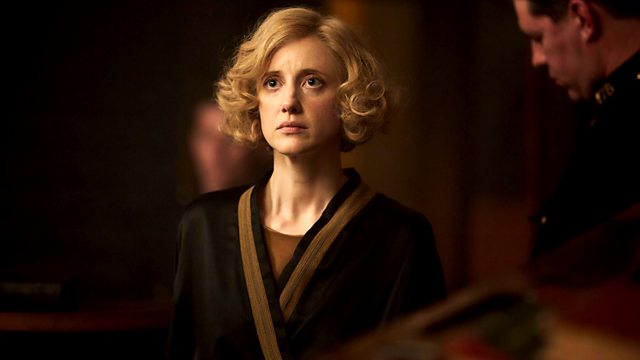 We all love a Christie for Christmas don’t we? But I sort of expect them to be old-fashioned fusty affairs – in this case I couldn’t have been more wrong. Sarah Phelps’ adaptation was immediately engrossing – Christie and Phelps make a great team, what’s more the performances were excellent especially from Andrea Riseborough (pictured) who absolutely transforms in every role she plays (last seen in Channel 4’s National Treasure though I almost didn’t recognise her). Add to this some beautiful camera work and you have an absolute Christmas treat. I know the beeb has plans for 7 more Christie adaptations for future Christmases I really hope they can recreate the magic conjured here again and again. 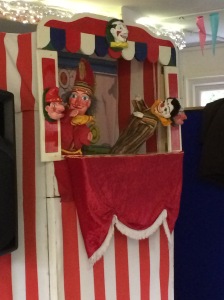 Despite a month beset with hideous illness in my household I did manage to find some cultural healing.

First I experienced the joy of my daughter’s first Christmas show: she was a beautiful sheep and remembered her line (it was more substantial than baaaaa) . I cried throughout which you won’t be surprised about if you read about it my experience at the CBeebies Prom. And then there was the brilliant Professor Dill’s Punch and Judy (pictured) for mini-me’s birthday which delighted kids old and young and made me cry with laughter – highly recommended. 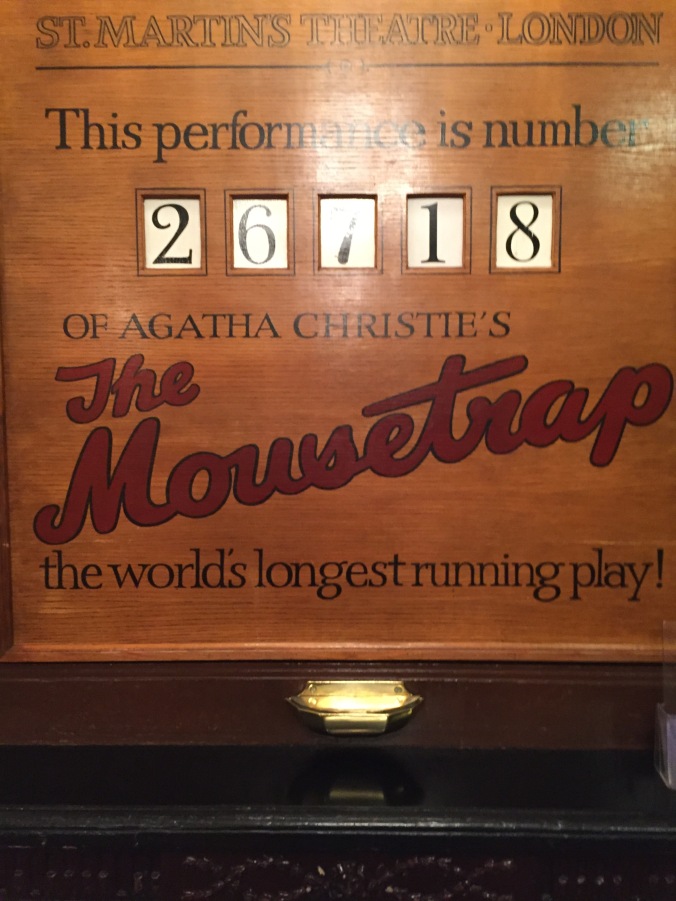 Then another Christmassy show – and a theatre institution: I took ma to Agatha Christie’s The Mousetrap for her birthday. I thought it might be a bit worse for wear being as aged as it is (we saw the 26,718th performance) and the worlds longest running play, but actually I was really surprised. Some great performances and that Christie woman can weave a great yarn … she kept me guessing who dunnit right till the end.

And finally more Christie on BBC One a breathtakingly brilliant adaptation of Witness for the Prosecution. It was dark and sultry in Sarah Phelps’ screenplay with superb performances. I loved it – a proper Christmas gift – catch it on iPlayer while you still can.

Right now I’m off to look through my blog for 2016 and pick my 3 highlights from across the year which won’t be easy!